Why do my nails burn under UV light?

Many people who use UV nail lights to dry their nails are wondering why they feel a burning sensation when they turn on the UV light. They might also wonder what is really happening in the nail bed that leads to this sense of discomfort. Is it true that the rays from UV lamps can cause skin cancer? This article will give some insight into these questions by offering reliable information about UV nail lights and ultraviolet radiation, focusing particularly on how it effects skin health.

What is UV Light?

UV light is a part of the electromagnetic spectrum that can be classified as either ionizing or non-ionizing. The latter falls under the category of what we generally refer to as “sunlight,” which is typically harmless in its natural form, but can produce increased damage when transferred into UV nail lamps, tanning beds and other UV emitting devices. This type of radiation does not contain enough energy to break down atoms or molecules, but it does have sufficient energy to accelerate electrons from one orbit to another within an atom. In turn, this creates ions by adding or removing charged particles such as free electrons from atoms and molecules. In nature, these properties exist only in much higher concentrations in the upper atmosphere and outer space two environments that contain dangerous levels of uv radiation to which we normally have no exposure.

You may be surprised that UV rays are able to damage the genetic code of cells. The result is an increased risk for both mutations and cancer. In fact, exposure to ultraviolet light has been shown to be a factor in over 90% of non-melanoma skin cancers and around 80% percent of melanomas. So it would seem reasonable that exposure to UV nail lamps would increase the likelihood of developing these types of tumors on the hands, as well as other areas that have had exposure to UV light from a salon UV lamp or nail dryer. However, there have been no published scientific studies thus far demonstrating this effect, although it makes sense that such a link exists based on what we know about how UV light can damage genetic material.

How nail health leads to painfull

We know that solar uv rays are the main cause of most non-melanoma skin cancer. But at what point does this type of damage occur, and how do the uv rays affect your nails?

Recent research has shown that the primary target cells for uv rays in both skin and nails are called germinal matrix cells. These cells exist in a specific area of every nail bed, but only when the nail is growing at its normal rate. When these cells become exposed to uv light repeatedly over time, whether from sun or salon lamps, they eventually will mutate and lead to extensive damage within the nail bed. This can result in painless areas where there is no longer any new nail growth, which we know as “spoiled” areas on natural nails. In other words, if your natural nails have developed any tiny white spots or areas where you see no further growth of clear nail material — perhaps under a fake tip — this is a very bad sign pointing to an area of your nail where uv rays have produced damage. In some cases, the nails may also become stained in this region from products that have been applied over the damaged area.

Once you know that this type of damage can occur from being exposed to certain amounts of uv light for too long with regularity, it makes sense that using a uv lamp might incur the same types of risks in terms of creating these types of dangerous mutations within your nails. As a result, many people will feel pain or burning in the nail bed when they use salon uv lamps because they are essentially experiencing precancerous nail growth. This is why we want everyone who uses UV lamps to follow our instructions carefully to avoid inflicting damage.

How to avoid nails burn under UV light?

Just like other types of uv rays that actually burn the skin, it’s important not to overdo it with your nails when you are exposed to too much uv light for too long. Shortened recommended time can cause no harm! But many people have become habitual users of the lamp due to their job requirements, without any problems until recently. As stated earlier, there are no published scientific studies that have conclusively demonstrated a direct link between nail damage and cancer because these types of salon lights have only been in existence for about 10 years or so — well after the initial emergence of skin cancers linked to excessive UV exposure.

Sarah Jay is a beautician that loves to write about the fashion and beauty industry. This love of writing led her to start her own blog, where she shares articles on everything from hair care tips to how-to guides. She's also passionate about gadgets, and has knowledge of the latest trends in her field. Sarah knows what people want when it comes to caring for their skin and hair. 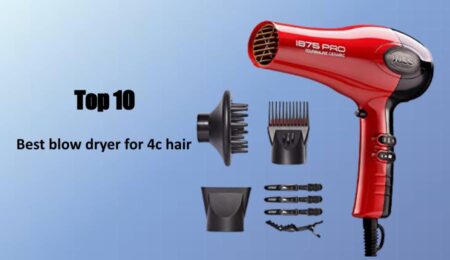 So you were blessed with natural hair, 4c to be exact, and now looking...

How Much Do Pedicures Cost on Average?

A pedicure is a popular beauty treatment that includes a foot massage, nail care,...

Using a blow dryer to kill lice – does it work?

Lice are a very common problem for many people. If you want to get...

Blow-drying your hair can cause breakage, which in turn can lead to hair loss....

There are a variety of dermal fillers that have been used for years to...

The best spas in Canada

When looking for a spa to pamper yourself, there are a variety of options...

Which hair extensions are the least damaging?

There are many different types of hair extensions on the market, and each one...

How do hair extensions work? A complete guide

One of the most popular beauty treatments today is hair extensions. Women and even...

how long can a hair dryer run?

Believe it or not, but there is no definitive answer to this question! The...